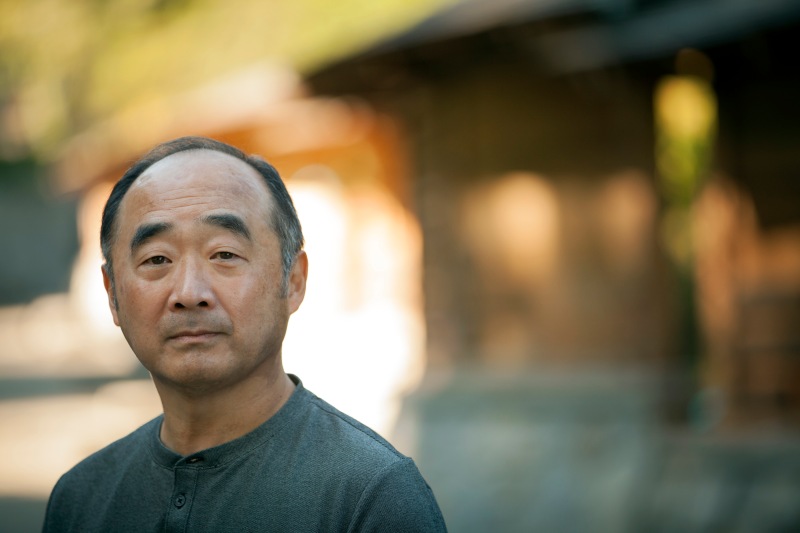 Clarence Moriwaki is founder and past president of the Bainbridge Island Japanese American Exclusion Memorial in Washington State. It is the site where the first Japanese Americans were taken from their communities and put into concentration camps during World War II.

In total, 120,000 people of Japanese descent were placed in concentration camps on U.S. soil when the Pacific War broke out. The first 227 people—two-thirds of them American citizens—were rounded up and removed from Washington’s Bainbridge Island on March 30, 1942.

Decades later, in 1988, the United States would formally apologize for the internment, acknowledging that there was no military need for the removal and that the actions were based in fear and racial prejudice.

“Bainbridge Island is an incredibly peaceful place. Because it was a small island, everybody worked together. There wasn’t a bridge. You had to get along with your neighbors. And because the children went to school together, all the races mixed. Swedes, Japanese, Filipinos, Norwegians— people got along and got together. It was an example of what America is supposed to be, a melting pot of cultures.

Then the war broke out and there was an incredible divide. It brought out the worst in us. It brought out fear and racial prejudice. It was a little different on Bainbridge Island. On the day Pearl Harbor happened, Walt and Millie Woodward, publishers of the local newspaper, editorialized that war had broken out, but cautioning that these are our still friends and neighbors.

President Roosevelt signed Executive Order 9066 on February 19, 1942. It set in motion a forced exclusion. A month and a week later, Civilian Exclusion Order #1 was posted all over Bainbridge Island. It said: All people of Japanese ancestry will be taken away in six days.

When Roosevelt signed that order, Congress was either mute in its acceptance or goading him on. People who opposed the order were noticeable because they were the exception.

Yet when we started this project to build a national historic site, we had unanimous votes every time. Our city council on Bainbridge Island supports it and the county commission, but the state legislature also unanimously supported this project. East, west, urban, rural, red, blue, every corner of the state said this should happen. Contrast that with 70-plus years ago when it was the other way around. It’s an incredible thing that time can heal.

Civilian Exclusion Order #1 was only for Japanese Americans. Executive Order 9066 allowed movement against any enemy in the United States, but there were no civilian exclusion orders for Italian Americans or German Americans.

Our motto here is Nidoto Nai Yoni, which means “let it not happen again.” That’s our hope. Learn from the past, and be inspired not to let it happen again.

On September 11, 2001, we were glued to the TV. The first thing that went through my mind was “I’m worried about my Arab American and Muslim friends.” There was a newsflash. They said they were going live to a mosque in north Seattle. And I thought, “Is it on fire? Is it defaced?” It was nothing of the sort. The interfaith community of Seattle made a human wall. They guarded this mosque with their bodies 24/7 for days to prevent exactly what I was afraid of. I cried. I couldn’t believe people had the courage to do that. These are eternal stories. We have to continue to tell them so we can overcome the fear and racial prejudice.

In order for there to be peace, a country must be strong and its citizenry must be strong. People must speak out when the government says something wrong. This is something we should teach our children. When a person is getting picked on by a bully, that person is being violated. Stand up for them. There’s an entire group of people in the United States who were violated 70 years ago. Very few Americans stood up for them. So I hope this site informs people about what has happened in America. If you’re not vigilant, it can happen again.”

On the ferry to Bainbridge Island.