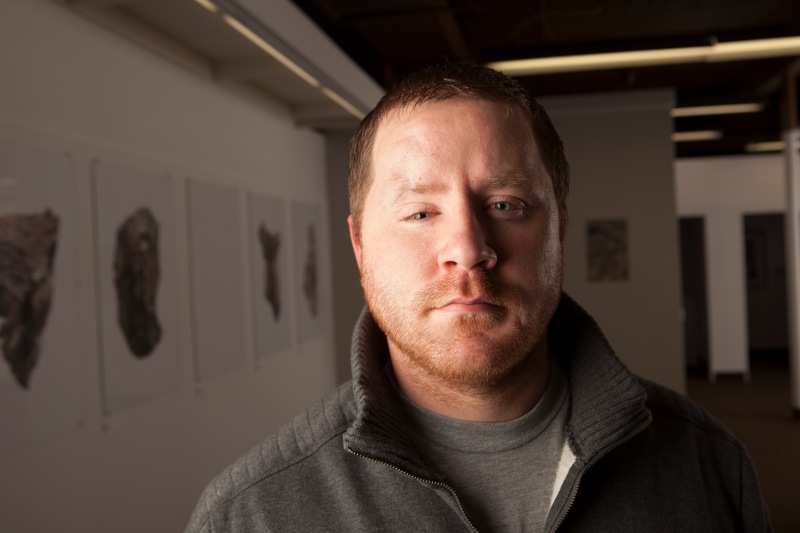 Phillip Schladweiler is a military veteran who served two tours in Iraq. On February 22, 2006…6 years to the day of his enlistment…he was wounded in an IED attack and lost the vision in his right eye. Now an art student, Phillip has photographed the shrapnel that was removed from his body (the doctors saved it for him) as part of his journey of healing himself and others.

I don’t know, peace to me means safety and sacrifice. This is the funny part about it – this throws people off – I felt safe and at peace even though I was in combat. I felt safe there. I felt peace because I knew other people were there sacrificing with me and that was really important to me, that I knew these people would give their lives for me and I would do the same for them. It’s just having that brotherhood and having each others’ backs was peaceful enough, even in a chaotic situation where you’re getting shot at every day, I felt peace.

A lot of times even after having a family and friends that are really close to me, you still feel this solitude and about the only time when I actually don’t feel that anymore is, sadly enough, when I have to go to a funeral of one of my friends or one of my battle buddies. It picks up like we’ve never left. So I feel that safety again. If you’ve been to combat with someone, there’s that bond that you can’t break regardless of what political aspects you share or don’t share. The bottom line is that you experienced something that a lot of people haven’t.

“Deep down we’re all just trying to move on and move forward and do what we can for each other.”